Kelbe Brothers Equipment is a vibrant, financially secure, privately-held corporation that has supplied and supported equipment used by the construction industry in Wisconsin since 1953. The company began as a small five person operation working out of a rented office/yard on the north side of Milwaukee. It was owned by two brothers, Ollie and Roland Kelbe, and Roland's son-in-law, Robert Miller. The business was initially built around the Koehring line of cranes, excavators and paving equipment. As the business grew, the need for a larger facility became acute. In 1964, the company took occupancy of a newly built 26,000 square foot facility in Butler, a suburb on the northwest side of Milwaukee, which has served as its headquarters ever since.

A number of changes transpired during the late 1960s and 1970s as the company grew. Most notably, a branch store was opened in Little Chute, WI in 1972. Two key equipment lines were added: Champion Motor Graders in 1965, and Bantam Cranes and Excavators in 1970. Though neither line exists today, they were crucial to the early development of the company. Changes in ownership occurred as well. Over the course of a decade Robert Miller bought out the stock of the Kelbe brothers and by 1976 was the sole shareholder. His eldest son, Larry, joined the company in 1974, and his youngest son, Gary, followed suit in 1976.

The 1980s brought more change and more expansion. The Fiatallis line was added in 1983 and became a major component of the company's business for the next twenty years. Rexworks was added in 1984, Trimble in 1985, and the Link Belt (LBX) account was added to the product mix in 1987. Kelbe has experienced great success with Link Belt excavators over the past 25 years and LBX has long been its top producing line. Other significant events during the eighties included the construction of a branch in Madison to service the central and western counties of Wisconsin, the purchase of property adjacent to the Butler facility to provide additional service bays and yard space, and the naming of Larry Miller as President in 1989. 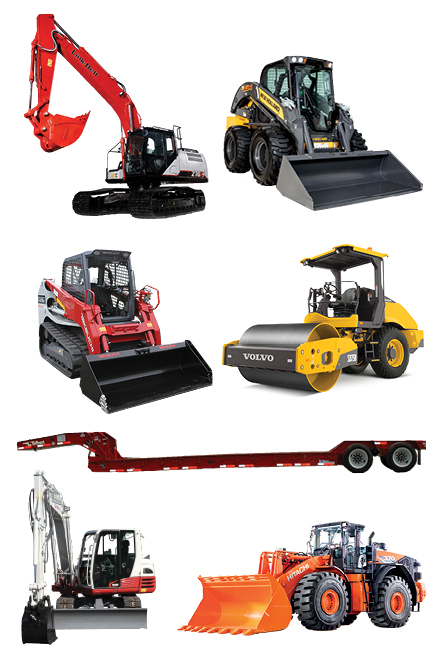 Over the next two decades, as the business matured, management emphasis transitioned from focusing on growth to striving for efficiency and productivity. A number of line changes in the nineties are still key accounts today. Compactors from Ingersoll-Rand were added in 1991, mini-excavators and track loaders from Takeuchi were added in 1994, and New Holland heavy equipment and skid steer loaders were added in 1999. With Robert Miller's passing in 1993, ownership passed to Larry and Gary Miller. The two who remained partners through 2010, at which time Gary retired from the company. Shortly thereafter, Jeff Miller, Larry's son, joined Kelbe Brothers. Wacker Neuson's line of light and compact construction equipment was added to Kelbe's portfolio in 2009, and Kawasaki wheel loaders in 2011. Both quickly became significant components of the company's business and have exciting potential for the future.

Today's economic environment is as challenging as any in the company's sixty-plus years of operation. Few organizations were insulated from the hardships imposed by the recent recession, but Kelbe Brothers adapted, making the changes necessary to position itself to thrive in the "new normal" economy. A new store was built in De Pere, WI in 2014 to replace the Little Chute facility, and the Madison store was remodeled to become more efficient and customer-centric. Kelbe has the people, the experience and the financial resources to excel in the years to come. And with the addition of Jeff Miller as President, the company has a fourth generation of Kelbes/Millers to lead the way into the future. The company looks forward to serving the construction industry for many years to come.